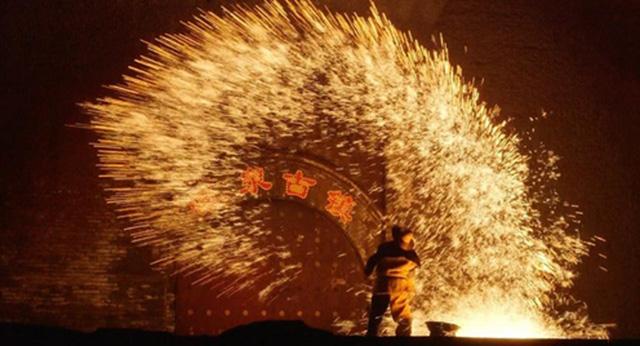 Job retention and new job creation, plus a conspicuous presence in Pittsburg’s increasingly healthy economic development landscape are just two of the positives City officials and Jake’s Fireworks administrators expect from the pyrotechnics kingpins’ purchase of the Superior Industries Building on East 27th Terrace. Jake’s Fireworks went before the City’s Economic Development Council June 13 for final approval to purchase the property, which will become their North American headquarters.

Determined to consolidate all of its Pittsburg operations under one roof and maintain its headquarters here, Jake’s Fireworks all but finalized the purchase of the massive, 490,100 square foot Superior Industries building on 48 acres on East 27th Terrace, a move that will keep Jake’s Fireworks’ existing staff employed in their own backyard, and create new jobs in Pittsburg. The purchase has been a fairly long term labor of love for Jake’s Fireworks and City of Pittsburg officials who believe the purchase will provide a positive contribution to Pittsburg’s improving business climate. Jake’s presented its case to the City’s Economic Development Board June 13 for final approval.

“We’re very excited about Jake’s expansion, they have done everything they could do to keep Jake’s Fireworks in Pittsburg,” says Mark Turnbull, director of economic development for the city. “We couldn’t be happier.” Keeping Jake’s Pittsburg operations in Pittsburg at a time when its headquarters is bursting at the seams in its current space of about 100,000 square feet makes a strong statement for the City’s business community and economic outlook. Had the Superior Industries purchase fallen through, Jake’s Fireworks may have had no choice but to move to another state that could accommodate its growing operations. Jake’s opened two new flagship stores in Michigan last month, and will open three new stores in Bartlesville, Oklahoma, Van Buren, Arkansas, and Edmond, Oklahoma within the next week.

“Moving to an almost 500,000 square foot facility is going to allow us to consolidate all of our operations here in Pittsburg under one roof,” says Jason Marietta, retail sales director for Jake’s Fireworks. “It’s very inefficient to work out of multiple locations, which we have to do now because we just don’t have the space for all of our operations in our existing home office.” Not too long ago, it looked like Jake’s might have to take its operations elsewhere, as negotiations on the Superior building’s purchase hit an impasse. Built in 1990 and upgraded in 2003, the Superior building has remained vacant since Superior Industries closed its local manufacturing operations in December 2008. Jake’s entered into discussions with Superior and City officials last year to purchase the building, but those discussions ended in November without a sale.

Jake’s reentered negotiations in the spring of 2012, and Marietta says that although some changes and upgrades will need to be made before Jake’s moves all of its operations in, the purchase is a win-win for everyone: Jake’s will be able to maintain its hometown headquarters, meaning employees will retain their jobs without being forced to relocate. New job creation will serve to strengthen Pittsburg’s focus on expanding its growing business community, and the city will no longer be saddled with the empty building that has been up for sale for almost three years.

“Their enthusiasm has been remarkable, they are a growing business that originated here in Pittsburg and worked very hard to keep their operations here,” Turnbull says. Having Jake’s Fireworks stay here reinforces our confidence in Pittsburg’s business climate. We feel very good about this.”

Marietta says the imminent sale and consolidation of Jake’s in one of Pittsburg’s most recognized industrial properties is an exciting prospect for this fast growing company.

“Moving everything under one roof is definitely going to increase our productivity,” he says. Despite the need for some significant renovations that Jake’s Fireworks will need to make before they can begin to move their operations into the Superior building, Marietta says they’re proud to be rescuing and re-purposing a vacant facility right here in Pittsburg.

“This is about being true to the City of Pittsburg, and honouring Jake’s Fireworks home town,” Marietta says. “City officials have worked hand-in-hand with us to make this sale happen, and we are extremely appreciative for all of their hard work.

“Job creation is certainly an important element in this expansion, but a lot of this is about job retention too,” Marietta says. “We want to stay in our home town and maintain our existing staff.”