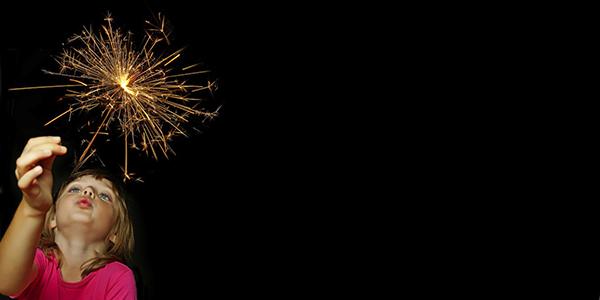 What's The Difference Between Safe And Sane And Other Fireworks?

An Independence Day without fireworks is like a Christmas with no presents, a Halloween with no costumes, or a Valentine's Day with no candy—it just wouldn’t be the same holiday without them. However, fireworks can be dangerous if they are misused in any way, or if were not purchased from reliable source.

"Safe and sane" are not a brand but are types of fireworks that include: fountains, sparklers, smokeballs, snake-type fireworks, ground-spinning fireworks, pinwheels, most novelty fireworks, toytrick noisemakers, and some crackling items—basically anything that doesn’t leave the ground.

“Safe and Sane” fireworks are an alternative to some of the more advanced firework types that experienced firework experts can't wait to get their hands on and set off each Independence Day.

Although the definition may vary state-to-state, “Safe and Sane” fireworks are those that are neither projectile nor explosive.

Fireworks that include rockets, aerial missiles and spinners, roman candle-types and any other devices (combination or novelty) that is structurally or functionally similar to any of these designs are not considered "safe and sane."

The official “Safe and Sane” seal is determined by the state, as every jurisdiction has its own definition of what is considered “Safe & Sane” fireworks under their laws and regulations. A "Safe and Sane" firework assortment package will probably consist mostly of fountains and ground items, omitting the rockets, missiles, and other explosives. Even though firecrackers are usually not considered part of the "Safe and Sane" group, there may be some states that allow their distribution.

Remember: just because fireworks are labeled “Safe and Sane” doesn’t mean that they aren’t dangerous If misused; here are some that will help you to be to celebrate your Independence Day safely and enjoyably!

Most of all, have a wonderful Independence Day! To find where to buy Jake's Fireworks in your area, visit our store locator.